When trying to determine the cause of your erectile dysfunction, there will often be underlying physical conditions that more than likely have contributed in some way. Some are obvious such as occasional excessive alcohol consumption. In many cases, though, it’s the result of long term diseases, such as diabetes or Parkinson’s.

Common Cause of Erectile Dysfunction

There are several possible causes of Erectile dysfunction, and all can include both emotional and physical health. Common causes include:

Results from urological surgeries, such as bladder surgery or removal of a prostate tumour. In cases of certain spinal injuries and/or surgery, the nerves which are required to provide stimulation to the penis can become damaged. Such an injury can have permanent side effects- however isolating this erectile dysfunction is quite obvious for a physician.

A wide variety of non-surgical procedures can produce temporary impotence, and in a small percentage of cases, can be a cause of erectile dysfunction. An example of this is radiation therapy for the treatment of testicular cancer,

It produces scar tissue under the penis, resulting in a curve in the penis. If the scar tissue is ample, it can result in cell rigidity that prevents the spongy tissue in the penis from filling up with blood as is the normal case of an erection.

Can Erectile Dysfunction Caused by Diabetes be Reversed?

Diabetes is perhaps the most common cause of erectile dysfunction, especially as the disease is on the increase among younger population demographics. Diabetes alters hormone balance, can produce long-term nerve damage, injure blood vessels and much more. All of these symptoms can be a erectile dysfunction

Fortunately, erectile dysfunction is largely treatable and the symptoms manageable over time. Diabetes, for example, has many fewer long-term debilitating effects today, than in the past due to improved management techniques. The Erectile Dysfunction that sometimes accompanies diabetes can often be completely cured. How chocolate reacts to men’s health? 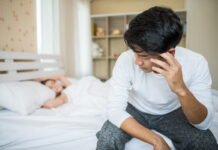 How Can I Find That I Have Erectile Dysfunction? 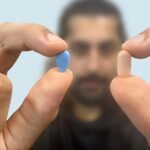 Trend Health - November 30, 2022
0
Having the proper knowledge when combining two or more tablets is crucial. Although you always have medical support on the go, a basic understanding... Trend Health - October 28, 2020
0
As we head into winter, the days are getting shorter, and the climate is turning cooler. Food to Boost Your Brain Health...