Thyroid Cancer are more common in women, which is likely owing to the differing roles of hormones in females and males.

Thyroid nodules (growths), according to Dr. Sandeep Nayak, Bangalore’s best oncologist, affect up to 80% of women, yet just 5% to 15% of those lumps and bumps are cancerous. Thyroid tumors are on the rise, he says, with the disease set to overtake Lung Cancer as the third most frequent malignancy.

The words “malignant” and “cancer” are frightening, but according to the oncologist, most thyroid cancer are highly curable, even when cancer cells migrate to surrounding lymph nodes, which happens regularly.

“We talk about thyroid cancer prognosis in terms of 20-year survival rather than five-year survival, as we do with most other malignancies. It’s usually an illness that takes a long time to develop. “At 20 years, there is a 98 to 99 percent survival rate,” he explains.

“We treat thyroid cancer almost like a chronic ailment, where the patient is treated and follows up with her doctor regularly.”

Thyroid procedures create visible scars on the patient’s neck, which might damage their self-esteem and confidence.

The primary treatment is surgery to remove the thyroid and any associated lymph nodes. After that, the patient will be given thyroid hormones to compensate for the loss of the gland, as well as radioactive iodine to treat any cancer cells that remain.

Thyroidectomy, or surgical removal of the thyroid gland, creates a visible scar on the front of the neck. Some thyroid cancer survivors consider their thyroidectomy scar to be a badge of honor for them.

However, many patients do not want to be reminded of their cancer operation every time they look in the mirror. Alternatively, they may not want a scar to be the first thing a stranger observes. says a Bangalore-based oncologist.

Thyroid procedures create visible scars on the patient’s neck, which might damage their self-esteem and confidence. Thyroid nodules can be found on an ultrasound scan of the neck in about 30% of adult women and 20% of adult males. Large thyroid swellings or those causing problems should be removed, even if they aren’t all malignant.

Rekha was 30 years old when she was diagnosed with thyroid cancer. She didn’t want the planned surgery to leave a lasting scar. She approached Dr. Sandeep Nayak, a top consultant surgical oncologist in Bangalore when she heard about the possibility of scar-free robotic surgery.

“The procedure is called RABIT,” said Dr. Nayak, who practices at Fortis Hospital on Bannerghatta Road (Robotic Assisted Breast-axilla Insufflated Thyroidectomy). Instead of using the traditional procedure, I use a robot to create an opening around the breast in the armpit region. Precision, 3D vision, and magnification are all advantages of deploying the robot in this situation. This technology can detect even microscopic nodules, and the scar left after surgery is thin and inconspicuous.”

“The majority of my thyroid nodule patients, whether benign (non-cancerous) or malignant, are young people in their 20s and 30s. The scar on their neck has a psychological impact on them because people constantly stare at it when conversing with them. They enquire about the cause, and the spot remains with them for the rest of their lives.

The wounds on the neck are large, measuring seven to eight centimeters in length. Patients sometimes want to have the scar behind the neck so that it can be hidden with their hair. The spot from RABIT is between 0.8 and two centimeters long and is located in the armpit, according to Dr. Nayak.

Dupattas or high-neck shirts are frequently used to conceal the J-shaped scar on the neck. They no longer have to be concerned, he asserted, because of this technique. Due to the use of carbon dioxide gas, the wound is more minor. Dr. Nayak created the procedure a year ago and has treated 25 patients with it.

“I didn’t start presenting thyroid cancer to others in the medical community until I felt confident in it. Around February 2019, I was invited to speak at conferences in Taiwan and Bangladesh. He had also traveled to Delhi and the United Arab Emirates during the same time to show the procedure so that other doctors can use it as well,” he added. 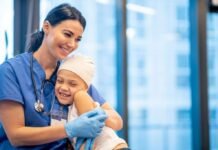 What is Usually the First Sign of Breast Cancer? 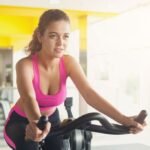 Trend Health - November 18, 2021
0
Indoor cycling became even more popular after the COVID-19 pandemic. It’s because many people were forced to stay at home for many months. So,... 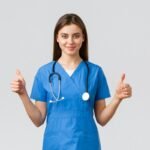 The Complete Truth About Women’s Health in Boca Raton

Trend Health - November 3, 2021
0
Having healthy habits and proper guidance is the only way to prevent yourself from diseases. But in this hectic life, managing time for your...

Everything You Need to Know about Men’s Hormone Replacement Therapy

Trend Health - July 14, 2021
0
Unfortunately, when the subject of hormone replacement therapy appears in almost any conversation, especially when discussing the male gender, the name of...