Humility is a virtue that is often not only overlooked in life, and it is also totally misunderstood as well — in the context of your personal growth and development, asking the question. What is humility? It is an incredibly important step in your understanding and awareness – particularly concerning the ego. The definition of humility is often determined by the belief system and the values of those who try to define it. It can, therefore, be elusive. So let us take a look at what humility is and the definition of humility – and what it is not. Because clearly, it is one of the most misunderstood virtues of all.

“It is unwise to be too sure of one’s own wisdom. It is healthy to be reminded that the strongest might weaken and the wisest might err.”
― Mahatma Gandhi

It is often said that the key to spiritual growth and enlightenment or the quest to reach nirvana is by relinquishing, and in fact, transcending the ego.

This is such an important point and highlights the incredible importance this little spoken about virtue has when it comes to developing awareness and promoting spiritual growth and practice.

What is humility then? It is the ability to maintain a sense of oneself when relating to and with others in a way that is of service to others and considers the good of others.

It is not a weak concept, and it is not evidence of a soft personality — quite the contrary.

Humility is the ability to put one’s needs below or beneath that of others. Now for many, that might seem like a weak person who has no level of personal need or confidence. When asking what humility is then, this is not it.

Let me give you some examples because if you can grasp this concept, it will undoubtedly expedite and enrich your spirituality and practice, and the way you relate to others in the world.

An example and definition of It in its purest form or sense are when a leader of great or immense power uses or applies that power in a way that gains trust, confidence, and the utmost respect from others. There is no force or ego when humility is being exercised.

If we look at some historical examples, we can look at inspirational people and leaders like Jesus Christ, Buddha, and Gandhi as men who had an incredible sense of humility. Such was the respect they naturally received from their followers, that they did not need to command or demand their compliance – it came about due to their genuine concern for others before themselves.

People with a strong sense and presence of humility lead by example. That is the true definition of humility. They are trusted. They are considered genuinely in it for the good of all.

Very clearly, then it is easy to deduct that those who demonstrate by example, the virtue of humility, are those who have mastered their egos – or at least developed it beyond the levels of the masses. They possess a vision and an appreciation of what the ultimate goal or objective is for the good of the people they serve or lead.

When asking what humility is, then it’s natural to see that it is an incredibly powerful force for good and for inspiring others. The definition of humility is one of strength, one of vision, one of a genuinely focused individual who has genuinely grasped, and who understands that the goal and the vision for all are higher than that of the individual.

What is humility? It is the realization that the ego is an impediment to getting results when working for and serving others. It has often been said that some of the greatest leaders in the corporate world, for example, were not hard taskmasters, nor did they command respect – they merely led by example – and others willingly followed.

Whatever definition of humility you are comfortable with, its clear that those who have mastered it have genuinely not only mastered themselves, but they have learned how to harness that and apply it to the people they work with and for. What is humility? It just might be the most important virtue of all – and that piece of the puzzle that helps you to identify the workings of your ego and how to transcend it. Everything to Know About Clubfoot Treatment Liver Transplantation In Mumbai- All You Need To Know 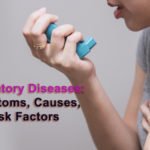 Trend Health - November 27, 2019
2
Respiratory Diseases Conditions Each minute, usually unconsciously, we breathe in and out between ten and fifteen times. We move enough air through our... Are There Supplements and Vitamins You Can Take to Help Your Recovery from Addictions?

Trend Health - August 6, 2020
0
Addiction is characterized as a compulsive, chronic psychological or physiological desire for either a substance, behavior, or some form of activity that... 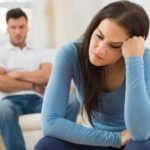 How to Fight Depression Naturally? Cause of Erectile Dysfunction – Physical Aspects

Trend Health - April 18, 2020
0
When trying to determine the cause of your erectile dysfunction, there will often be underlying physical conditions that more than likely have contributed in... Why is Magnesium good for bones? Benefit of Magnesium

Trend Health - June 13, 2020
0
Benefit of Magnesium Women after middle age are often threatened by Osteoporosis . In order to reduce the chance of suffering from this... A Guide to Creating the Ultimate Home Gym

Trend Health - July 23, 2021
0
Staying fit and healthy is important, but going to the gym every week isn’t necessarily something that people are interested in doing...