What Is Drug Addiction?

Drug abuse causes dependency, which can damage your health, social life, and general well-being. Over time, we need higher doses to reach the desired effect. When you try to fight this addiction, you will get hit with withdrawal. It is the most challenging part of overcoming any addiction because it makes you suffer mentally and physically.

Social stigma is also immense, and over time it can feel as if you’re increasingly isolated. When fighting drug addiction, this is what the tipping point to a lifelong habit becomes.

It can be heartbreaking to see your life or that of someone you love being swallowed by drug abuse. It can be a vicious cycle that can seem unbreakable. However, with the right help, you can overcome any problem.

Houston has a significant issue with the control of substances. Since 2010, prescription drug overdoses rose, and for the past five years, stimulants like amphetamines (methamphetamine) have become somewhat of an epidemic. If you or someone you love is falling victim to drug abuse, we suggest that you check them into one of the top drug rehab centers in Houston.

With this, you can be sure that they will have a fighting chance of getting their old life back. There are several programs to help treat any addiction. Rehabilitation centers can give you or your loved ones a judgment-free space where they can begin to heal.

Here are four steps you should consider to overcome a Drug Addiction problem:

1. Be Honest With Yourself

It would be best if you were vulnerable to some extent. Though you may have realized that you have a problem and have taken the first step, that’s not its end. People often recognize that they have an issue but offer a follow-up statement, which often sounds like “it’s not that bad of an addiction” or “I can quit if I put my mind to it.” Though the positivity is admirable, it can be somewhat delusional.

Millions of people around the world are lost to drug abuse every year. It is one of, if not the most challenging, addiction to break. Therefore, trivializing it might not be the right way to handle it. Instead, address the fact that it is going to be a challenging journey towards becoming clean.

However, it would help if you made an effort on this journey. The end goal will be worth it once you have gone through the steps to break the addiction.

2. Don’t Be Afraid Of Rehab

The media has given us a pretty bleak view of rehabilitation facilities. They get depicted as cruel and harsh places where you never want to be sent. Drawing a comparison between the media representation of rehab facilities and jail wouldn’t be all that far off.

However, it is essential to understand that those are dramatizations and are not always the truth. There might be odd rehab facilities that practice unethically. However, the ones in question in Houston are sure to get you back on track and give you a chance at a sober life again.

3. Open Up To The People Around You

Talk to friends and colleagues about the fact that you have been going through a hard time and are ready to get clean. It really should not come as a surprise to the people of Houston that someone they know has fallen prey to Drug Addiction.

Have people help you through the journey and be there with you whenever you need it. If you truly open up about the battles you have been facing, if not all, then at least some of the people you talk to can be of assistance. Friends and family usually have your best interest in mind; they can help you throughout your rehabilitation journey.

Isolation can be one of the most significant factors in maintaining an addiction. Break your silence and open up to those around you, and watch the cycle break.

4. A Change Of Scenery

Finally, Drug Addiction rehab facilities are in somewhat remote areas of town because they try to get the person away from an environment. Your environment has specific cues and triggers, which may lead you to relapse. Certain sights, sounds, smells, and of course, people can make you want to start using again.

Read Also: What the Phosphorus Company Is All About

Therefore, it would be a good idea to either leave the place you are in or temporarily change locations until you think you are ready to deal with your previous environment again. Once you have crossed the one-year threshold, the chance for relapse significantly reduces. The more time you spend clean, the less likely you are to relapse down the line.

Seeing people suffering and dying annually due to the rampant Drug Addiction problem in Texas is heartbreaking. The sadder issue is that it is not just one type of drug; several kinds of additives are ruining people’s lives in our major cities. Though the DEA is making efforts to curb the issue, those affected initially need to seek treatment to cure the effects which have crippled them in the first place. 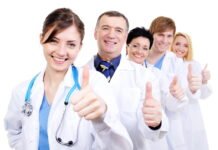 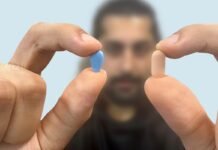 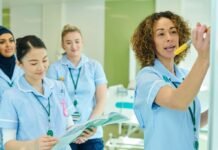 Top Eight Foods To Eat & To Avoid in Candida Diet

Trend Health - June 25, 2021
0
You may have already heard of the Candida diet. There is a huge possibility that you are here because you want to... What is Eye Floaters? Symptoms, Causes and Treatment

Trend Health - February 6, 2021
0
What is Eye Floaters? Patients will often see black spots of various shapes and sizes in front of their eyes, or filaments, bubbles,... How Your Nutrient Needs Change On Birth Control

Trend Health - November 20, 2020
0
Birth Control and how it affects your body When you are on Birth Control, watching your nutrients are very important.  Birth control and... Trend Health - May 12, 2020
0
To avoid excessive cholesterol, a healthy Low Cholesterol Diet Plan is definitely an important part. The most basic principle is to be...