The Most Common Erectile Dysfunction Symptoms are:

There are arrays of tests and methods which exist to handle both situations. The ability of a male to achieve an erection depends on a number of interconnected factors. There is firstly arousal- both physically and mentally. A lack of either aspect can result in erectile dysfunction. For this reason, physicians diagnosing ED symptoms will often focus on both.

Both Physical and Emotional factors that lead to ED

The physical factors that interfere with normal erection are diverse and often complex. Diagnostic tests will, therefore, look for such things as cardiovascular and neurological problems. A common issue is damage to the blood vessels which feed the pelvis. Furthermore there can be a weakness in nerve signals. Also Endocrine tests to check hormone levels are normal is a common diagnostic procedure for erectile dysfunction symptoms.

Cavernosometry is a frequently employed test, as it measures penile vascular pressure. During an erection, about seven times the usual amount of blood flows into the spongy tissue in the penis. Anything which interferes with that process can lead to obvious erectile dysfunction symptoms. During a cavernosometry, dye is injected to trace the problem in the blood vessels.

Neurological tests can cover a wide range of potential issues and erectile dysfunction symptoms. Much less commonly, spinal cord injuries or brain tumors can interfere with normal erectile function. In this case, insensitivity in the nerves more directly related to the genitals is checked for. Furthermore, trauma, certain drugs or medications, may be the underlying cause of the erectile dysfunction.

As there are a substantial number of diseases, some quite common that can result in erectile dysfunction, physicians will test for these if the patient displays other symptoms. Type 2 Diabetes is becoming more common, as the national obesity rates increase- this is a common cause of erectile dysfunction. Simple blood sugar tests can diagnose diabetes.

In certain cases the physician may overlook various tests as the outcome and treatment for erectile dysfunction will be the same. What Type Of Workout Over 50 Men Should Do? 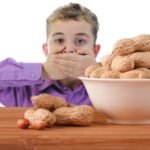 Trend Health - March 13, 2020
0
Peanut allergy can cause a severe allergic reaction or nut allergy; peanut-allergic symptoms can be a minor annoyance or sometimes life-threatening, in... What Type of Protection do Doctors Need?

Trend Health - October 28, 2020
0
Before beginning your Healthcare career or starting your own practice, you will most likely already have some personal assets and, as you... Strategies to Improve the Quality of Healthcare

Trend Health - September 23, 2020
0
The overall goal of this article is to provide ways and strategies to improve the quality of healthcare for the world during... 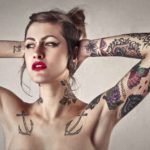 What Are The Side Effects Of Having A Permanent Tattoo?

Trend Health - January 25, 2020
0
Everyone will talk about how beautiful permanent tattoos are and how important they can be for different reasons. For instance, having the... Trend Health - May 4, 2021
0
Your body has the natural ability to heal itself from diseases, but what do you do if you happen to suffer from...