Deafness is a condition in which a person loses their hearing in whole or in part. Deafness can be congenital or acquired. Congenital deafness is usually accompanied by speech impairments.

Hearing loss and deafness are variants of a hearing disorder in which a person loses the ability to hear various sounds. Depending on the severity of hearing loss, a person can hear a greater or lesser range of sounds, and with deafness, there is a complete inability to hear any sounds.

Hearing loss or deafness can affect one or both ears, and the degree of its severity can be different in the right and left ear. Since the mechanisms of development, causes, and methods of therapy for hearing loss and deafness are the same, they are combined into one nosology, considering as successive stages of one pathological process of a person’s hearing loss.

When people are mildly deaf, the average person may not be aware of the possibility of deafness. Therefore, we can only judge from some subtle symptoms.

Infancy: No response to sound, not knowing how to find the source of sound.
School-age children: When listening to others, they often ask for repetition. They tend to get tired of listening to long dictation or speech, and learn new things more slowly than other children.
Adults: often turn up the volume of the TV or radio too high, often can not hear others calling from behind, and often ignore the phone ring and door ring.

Handling by yourself is not appropriate. If you suspect hearing problems, you should consult a doctor immediately.

If it is permanent hearing loss, there is no treatment, only hearing aids can help hearing. Blue Angels Hearing is one of the top brands offering high-quality hearing aids at affordable prices. If you are aware of mild deafness as early as possible, you can seek help from a doctor and receive relevant treatment, which can reduce the chance of developing permanent deafness. What is Otitis Media? Symptoms, Causes and Treatment What is Otology? Symptoms, Causes, Prevention and Treatment 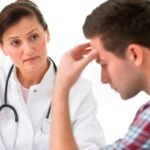 Trend Health - January 16, 2021
0
As teens now have free access to all kinds of content on the Internet through their smartphones, Wondershare introduces FamiSafe Parental Control App,... 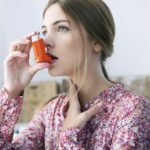 Trend Health - July 14, 2019
3
What are interesting facts about asthma? Asthma is a constant or long-term disorder of the airways; the tubes that bring air into our lungs. It... 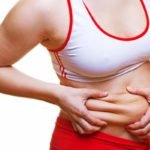 What are the Main Causes of High Cholesterol?

Trend Health - January 24, 2020
0
Causes of high cholesterol can be numerous and include such things as diet, lifestyle choices, family history, gender, and more. Most people... Activities that can Leave you Feeling Dehydrated

Trend Health - October 27, 2020
0
Having lost a large amount of water from the body (Dehydration) is more dangerous than most people might think. We need to... 3 Things to Look For in a Plastic Surgeon

Trend Health - July 28, 2021
0
Plastic surgery has become a top choice for patients who want to improve their looks. This is because many qualified surgeons are...