A Hysterectomy is a procedure that removes the uterus from the body. This procedure may be performed for a variety of reasons, including:

When it comes to non-cancerous hysterectomy, it is usually only considered when all other therapeutic options have failed.

In this article, Dr. Himali Maniar who is one of the best gynecologists in South Bopal, Ahmedabad will discuss the types of Hysterectomy & will also compare them to find the key differences.

A surgeon may choose to remove all or part of the uterus depending on the cause for the hysterectomy. It’s vital to clarify if the cervix and/or ovaries are removed because patients and health care providers sometimes use these phrases interchangeably.

The ovaries may be removed (a technique known as oophorectomy) or left in situ by the gynecologist. Salpingectomy refers to the surgery of removing the tubes. A hysterectomy and bilateral salpingectomy-oophorectomy is an operation that involves removing the entire uterus, both tubes, and both ovaries.

Depending on the surgeon’s experience, the cause for the hysterectomy, and the patient’s overall health, multiple ways to hysterectomy are used. The hysterectomy approach will have a role in determining how long it takes to recover and what kind of scar, if any, remains following the procedure.

There are two types of surgery: traditional or open surgery and minimally invasive procedure (MIP) surgery.

An open operation is an abdominal hysterectomy. This is the most prevalent hysterectomy method, accounting for around 54% of all benign illness cases.

A surgeon makes a 5- to 7-inch incision across the belly, either up-and-down or side-to-side, to execute an abdominal hysterectomy. The uterus is then removed through this incision by the surgeon.

A person normally spends 2-3 days in the hospital after having an abdominal hysterectomy. There is also a noticeable scar at the incision site when it has healed.

An MIP hysterectomy can be accomplished in a number of ways:

People who have a MIP can return to their typical activities in 3-4 weeks on average, compared to 4-6 weeks for an abdominal hysterectomy. And, depending on the equipment used and the amount of time spent in the operating room, the costs of a MIP are significantly cheaper than those of open surgery. Robotic operations, on the other hand, might be quite costly. An MIP also reduces the likelihood of incisional hernias.

A minimally invasive technique is not suitable for everyone. Scar tissue from previous surgeries, weight, uterine size, and health state can all influence whether or not a MIP is Recommended. You should consult your doctor to see if you are a candidate for a MIP. 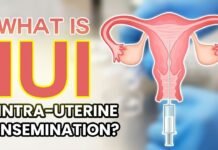 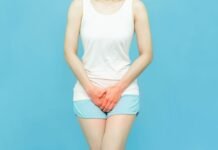 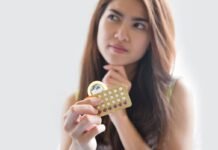 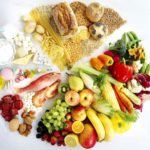 Why nutrition health care is important?

Trend Health - January 22, 2019
0
Why is nutrition important? A balanced diet requires you to eat foods each day that are rich in the vitamins, minerals, and health... 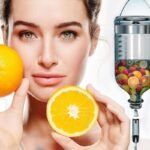 Trend Health - December 14, 2021
0
If you are looking to be healthier, happier, or want to feel better, there is something you can do today; IV Vitamin Infusion Therapy.... Why Anaerobic Exercise is Important?

Trend Health - February 19, 2020
0
What is Anaerobic Exercise? While "aerobic" means "with oxygen," anaerobic means "without air" or "without oxygen." Anaerobic exercise is a short-lasting, high-intensity exercise,... Trend Health - July 22, 2021
0
Hair transplantation is a medical treatment that involves removing your own hair follicles from one place of your body and transplanting them...